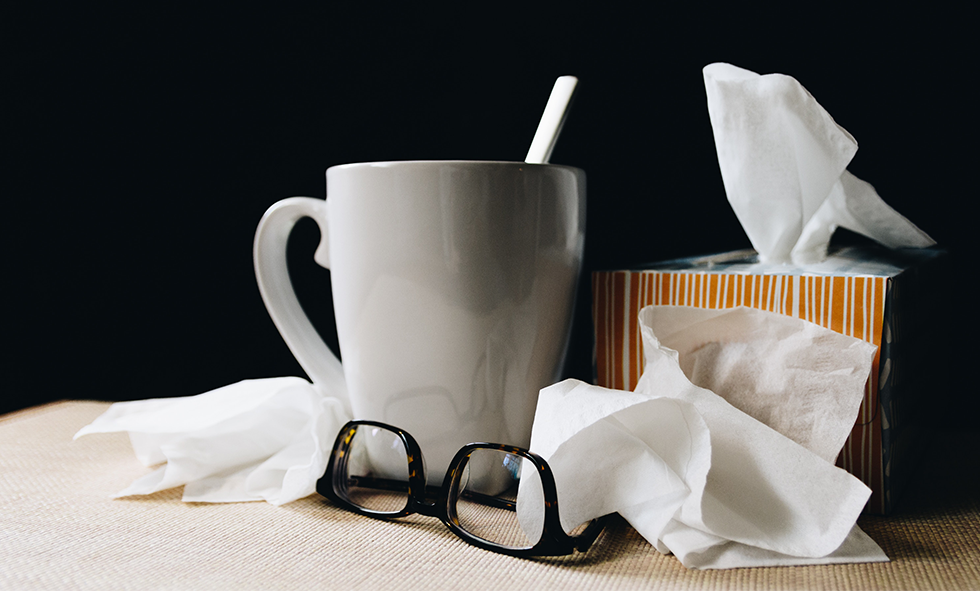 Elderberry has been popular among natural remedy enthusiasts for centuries. Although, it has generated much conversation on the internet in recent years. As soon as autumn hits, you can find many people mixing up this ancient concoction for daily consumption in hopes of preventing the flu, cold and other ailments. However, as with many popular medications and remedies for cold and flu treatment, you may be skeptical if elderberry really works despite having and friend or two rave about the medicinal berry.

Skepticism of such natural remedies and medications is not unfounded with companies often producing misleading advertising during cold and flu season, a time we all tend to panic a bit and try as best we can to avoid these thriving germs. Airborne, the popular “cold fighting” drug of the early 2000’s, for example, settled a lawsuit over $20 million in 2008 for their false advertising claims as a “miracle cold buster.”1 To this day, you will still see the medication on the shelves now vaguely marketed as an “immune system booster.”

What are the facts about Elderberry?

So to cut through the hype, what are the facts about elderberry? Elderberries are produced by the European elder, a native tree to Europe and parts of Asia and Africa. However, it can grow in parts of the United States too. The tree produces a red variety of elderberries and a blue / black variety. Only the blue / black elderberry is used for medicinal purposes. Other parts of the tree including the leaves, bark, fruits, roots, and flowers, are also used in traditional medicine, naming the herb as a “medicine chest” by Hippocrates.2

Elderberry can also be used in wines, pies, teas and jams. When it is used for medicinal purposes, many individuals are making homemade elderberry syrup. The berries are typically boiled with honey and medicinal spices such as cinnamon, cloves, and ginger. Users can purchase Elderberry in capsules, logenzes, tinctures, and other combination products. No standard dosage of elderberry exists, yet many adults consume a tablespoon or two a day in hopes of preventing a cold or the flu.

Can Elderberry really prevent or cure a cold or the flu?

Are you considering Elderberry to relieve your cold or flu symptoms? Well, for most people it is probably worth a try. Little is known about how the ancient remedy works, and if it truly works. The berry contains flavonoids, chemicals which are believed to aid in reducing inflammation.

Scientist who are funded by the National Center for Complementary and Integrative Health (NCCIH) study the antioxidant effects of elderberry. They hope to discover if the plant helps cure infection. Currently, the NCCIH reports, “Although some preliminary research indicates that elderberry may relieve flu symptoms, the evidence is not strong enough to support its use for this purpose.”4

Israeli scientists may disagree. After studying the effects of an elderberry extract that is commercially available known as Sambucol®, Israeli research reported the growth of influenza viruses in lab dishes were suppressed when the elderberry extract was introduced. This research team also reported that patients with confirmed cases of avian flu, H5N1, who were given the extract recovered faster than those in the study’s placebo group.5

An Australian study from 2016 may also suggest that extract from the European elder may shorten the duration of cold and flu symptoms. A group of 312 participants was divided into two groups, one taking a placebo and the other taking elderberry extract. The group given elderberry recorded a decrease of symptoms days sooner than the placebo group.6

Although the research presented seems promising, most health authorities will agree that more research is needed to confirm the health benefits of Elderberry. Some studies suggest that combination products consisting of elderflower along with various herbs may be helpful for sinusitis. Due to the usage of multiple ingredients, the role elderflower plays in their effects, if any, is unknown.4

Are there any dangerous interactions between Elderberry and medication?

At this time, there are no negative interactions reported between the usage of elderberry supplements combined with other medications.7 Unknown interactions could exist. You should always discuss the possible risks and benefits of supplemental usage with your doctor.

What are the best ways to avoid a cold or the flu?

To reduce the risk and spread of cold and flu, remember to follow the suggestions reiterated by the Center for Disease Control (CDC) for decades: avoid contact with those who are sick, stay home for at least 24 hours after no longer having a fever controlled by medication, clean surfaces that may be contaminated, wash your hands often, and cover your nose and mouth when you cough and sneeze.8 Also discuss the possibility of receiving a flu shot with your doctor.

Are you experiencing cold or flu-like symptoms and do not have a general practitioner? Visit ccmhhealth.com/providers to search for one of our providers. 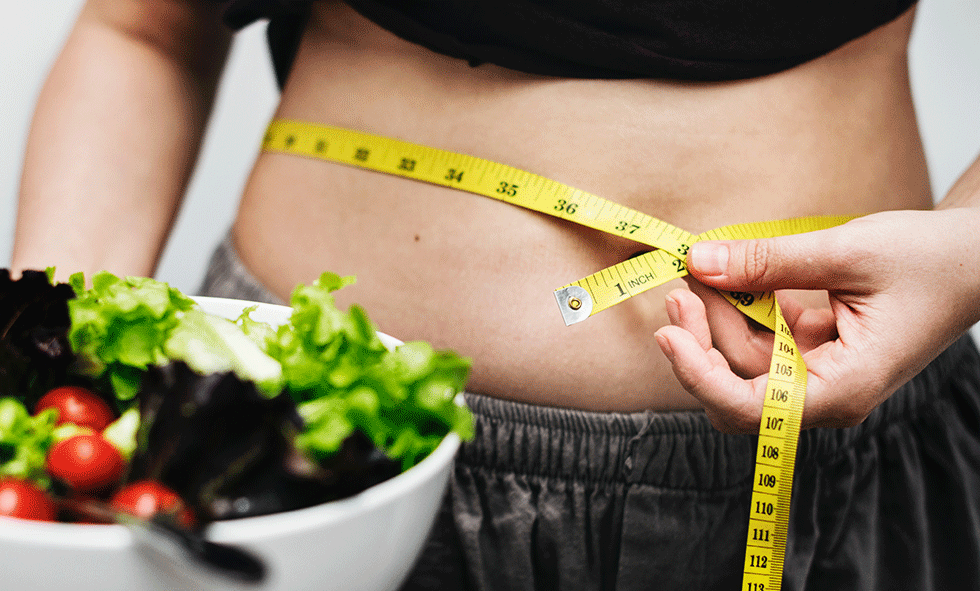 Every time you turn around, there seems to be a new fad diet that is all the buzz leading Americans to fuel a weight loss industry worth $66 billion.1 With so much for this industry to gain, it is wise  to consider if a fad diet is really in our best interest before beginning on a new path of cutting carbs, eating only raw fruits and vegetables or whatever the diet’s rules may be.

Some of the unsafe methods to weight loss that actually caught on in past decades may shock you. With individuals willing to consume sedatives to sleep more and avoid eating or consuming tapeworm eggs to decrease the amount of calories absorbed by the body, it is obvious that the nearly 3 in 4 overweight American adults1 are desperate for that quick and magical cure to better manage their weight.  Be sure to consult with your physician and ensure the results of a new diet plan do not produce new health concerns.

What is the Ketogenic diet?

If you have enjoyed the bacon loving craze in recent years, you may have been excited to learn of the Ketogenic (Keto) diet. Historically, Keto has been a successful means of controlling drug- resistant epilepsy and seizures in children since the early 20th century. Although, recently it has caught on as a new means to weight loss.

Keto is a high fat and very low carb diet. It encourages its followers to consume fewer than 50 grams of carbs a day (less than four slices of bread). Normally, the body burns carbs to produce energy. Since the body has few carbs available for energy when following a Keto diet, the body is forced into a state called ketosis and burns fat. Using ketosis to amp up weight loss is not a new concept.  Atkins, the popular diet of the early 2000’s, is another method which consists of a period of ketosis.

What are the benefits or side effects of the Keto diet?

As with any popular diet, research of the benefits and side effects of following the Keto diet are sure to continue for years to come. Although, such research is often difficult to conduct since many individuals will not stick to the diet long term. Current research by the Mayo Clinic reports that there is little evidence to show that this type of eating is safe or effective long term unless the benefits of preventing epilepsy or seizures is a factor.2

Patients of kidney disease in particular are discouraged from following this diet as it may worsen their condition. Very low carb diets also have higher rates of side effects such as headaches, constipation and bad breath as well as vomiting, tiredness when beginning the diet, and difficulty sleeping.3 To meet Keto’s requirements, many healthy foods are eliminated such as root vegetables, fruits, and legumes, making it difficult to meet daily nutritional needs.

It will be interesting to see if the ketogenic diet is a common alternative to treat certain medical conditions in the future. Generally, the diet is not recommended by practitioners as it is hard to follow and heavy on notoriously unhealthy foods such as red meat, fatty, processed, and salt-filled foods. Until a quick and magical alternative emerges that is also healthy, the same rules for weight loss apply that practitioners have been recommending for decades. To lose weight, individuals should consume a balanced diet of fruits and vegetables, lean meats, fish, whole grains, nuts, seeds, olive oil, and lots of water while exercising regularly. This seems to be the best tried and true method to maintain a healthy lifestyle while controlling weight.

If you’re struggling to manage your weight, we want to help you achieve a healthier lifestyle. You can find out more information at mmgbariatrics.com. You may also call Dr. Sawyer’s office at (580) 510-7042 to learn if you are a candidate for weight loss surgery.

2 Mayo Clinic. 8 March 2018. The truth behind the most popular diet trends of the moment. 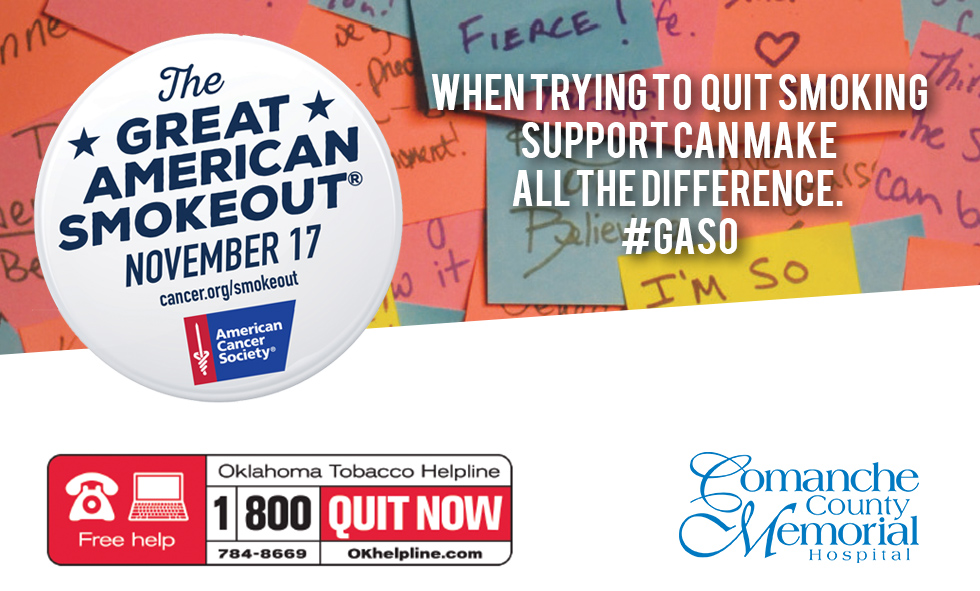 Quitting isn’t easy. So make sure people know how much you support them every step of the way. On November 17, join others across the nation as they begin a tobacco-free lifestyle. The American Cancer Society is here to help anytime you or anyone else needs it.