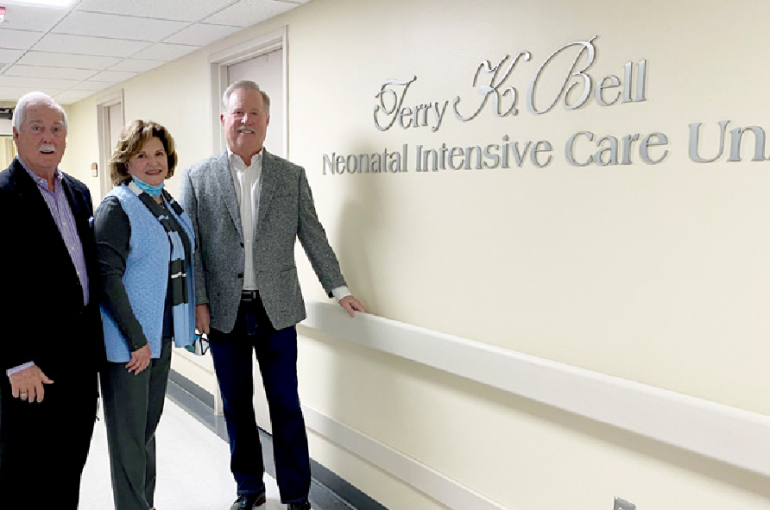 “We feel Terry would be pleased with the funding we have given to support the Starlight Fund,” said Mike Mayhall. The gift will support technology, equipment, and capital needs as they arise within the Starlight Unit which now encompasses Labor and Delivery, NICU, and Starlight Children’s Unit.

“The CCMH Foundation relies on the generosity of donors such as the Terry K. Bell Trust to fill the gap of funding here at CCMH. We greatly appreciate this gift and the difference it will make to this unit.,” said Lea Ann Chandler, Director, CCMH Foundation.

If you are interested in learning more about how you can support the CCMH Foundation and your community hospital, please visit http://ccmhgiving.com.