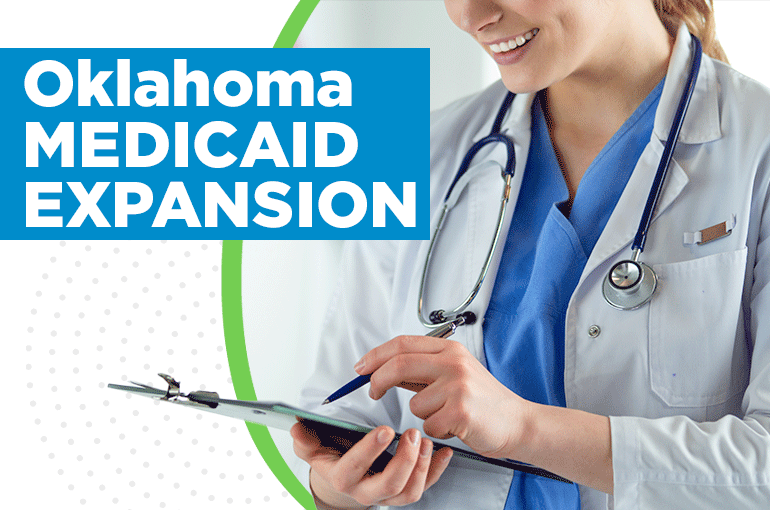 Oklahoma Medicaid (SoonerCare) is undergoing some significant changes in 2021. Medicaid expansion, as called for in the ACA, takes effect in July, with coverage newly available to non-elderly adults earning up to 138% of the poverty level. And in October, the Medicaid program is transitioning to a managed care system (SoonerSelect), with four private insurers contracting with the state to provide Medicaid benefits to eligible residents.

Medicaid expansion in Oklahoma goes into effect on July 1, 2021. Eligible enrollees were able to start signing up as of June 1, with coverage effective July 1. At least 200,000 Oklahoma residents are expected to gain eligibility for Medicaid under the new rules, including 110,000 who are currently stuck in the coverage gap. Prior to Medicaid expansion, they earned too little to qualify for premium subsidies in the exchange, but are also ineligible for Medicaid.

A study commissioned by the Oklahoma Health Care Authority estimated that there would likely be more than 200,000 newly eligible residents. These numbers were calculated before the COVID-19 pandemic, though, so the actual number of newly eligible people could be considerably higher if the employment effects of the pandemic continue. Employment is stronger than it was in the early months of the pandemic, but is still far short of full recovery. Source: healthinsurance.org